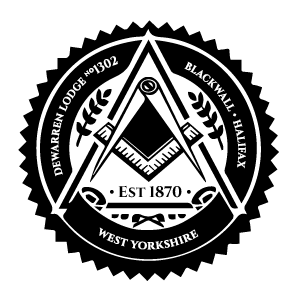 A Short History Of Freemasonry

The practice of freemasonry goes back many centuries. Its function and purpose was, and is, to raise funds and undertake charitable work in the community. It does so in a self-effacing way without the glare of publicity and in this quiet way “modern” freemasonry has evolved from the early cathedral guilds most notably since the 18th century.

In a society that is hungry for public acclaim where everyone is ”famous for 15 minutes” this modest approach to life has often been misunderstood and freemasonry has been accused of being a secret society. It wasn’t and isn’t! So how has that myth been maintained?

It evolved from the need for ancient stonemasons to prove their skills and abilities in the days before printed certificates. They did this by means of so-called secret handshakes. On being accepted into the craft of masonry, an apprentice stonemason was given unique type of handshake to prove that he was genuinely qualified to offer his services, albeit as a lowly apprentice. When he completed his apprenticeship, having proved his skills, he was promoted and entrusted with yet another handshake and so on and so on, until he reached the pinnacle of his profession. This system worked very well until the invention of the popular printing press when its users, now called journalists, took delight in revealing those so-called secrets. Those early journalists were quick to exploit the freedom of the press, reveal the handshakes and gave to a species that has plagued society ever since - the cowboy builder.

Freemasons, known as speculative as opposed to operative stonemasons, adopted this system of recognition among its members. History does not record who the earliest exponents of what later became known as “free-masonry”. But certainly in the early 1700s groups of men met at the London pub, the “Goose & Gridiron” to initiate members into lodges.

Qualifications required by candidates for initiation were not recorded either, but throughout the history of “modern” freemasonry candidates have had to declare a belief in a Supreme Being to prove their strict moral worth. Freemasonry is not a religion but it is a set of moral standards and behaviour which all members must practice or face expulsion. It teaches that happiness and good humour, by facing challenges and achievements, can lead to a more fulfilled and contented life, particularly family life. Until recently membership was open to men over the age of 21 but now, with special permission, candidates can be admitted from the age of 18.

Freemasonry adheres to three abiding principles that are expressed in terms that can sometimes be misunderstood, especially at a time in our society when certain words in the English language are quite foreign to their original meanings. So it is important to understand what Freemasons mean when they say that their guiding principles are, “brotherly love, relief and truth.”

Brotherly love is expressed by care for other people, by understanding, respecting and tolerating beliefs, politics and opinions and by genuine kindness towards others regardless of their declared religion. Freemasonry encourages support for the rule of law and democratic systems of government no matter in which country a brother may find himself.

Relief is practiced by the raising of funds for charities. There are a number of Masonic charities, the best known, but less relevant in these days of increasing private medical care, are the various Masonic hospitals around the world. Masons also support non-Masonic charities. Brethren only give what they can afford and care is taken to ensure that a brother’s family does not suffer as a result of his generosity to the community. In England and Wales alone Freemasons raise more than £20 million pounds every year. The funds are distributed quietly, without fanfares from the media. And anyone who wishes to know which charities benefit and the details can apply to Grand Lodge at Freemasons Hall in Great Queen Street, London WC2 or ask the secretary of any Freemasons’ Lodge. Details also appear in various magazines, most notably in the monthly “Freemasonry Today". Copies can often be found in public libraries. Alternatively there are several web sites that reflect the charitable work that Freemasons undertake throughout the world.

Truth demands integrity in all our actions and thoughts. It demands that we observe and maintain the highest moral standards in our personal lives. A Freemason can invite a brother into his home and know that he can be assured of his good behaviour and friendship. A confidence given to a brother Freemason will always be kept. It’s a simple matter of truth and trust.